Rakosligeti had to settle for second place in the 6-board Team Ch after getting a tough loss in the final. Strenner played a fabulous game but just could not find the win and eventually lost. Varga got a crushing attack with white against a Najdorf Sicilian with 6.Bg5.

I was was gradually massaged down trying to hold black against 1.Nf3 opening that turned into an English Opening. 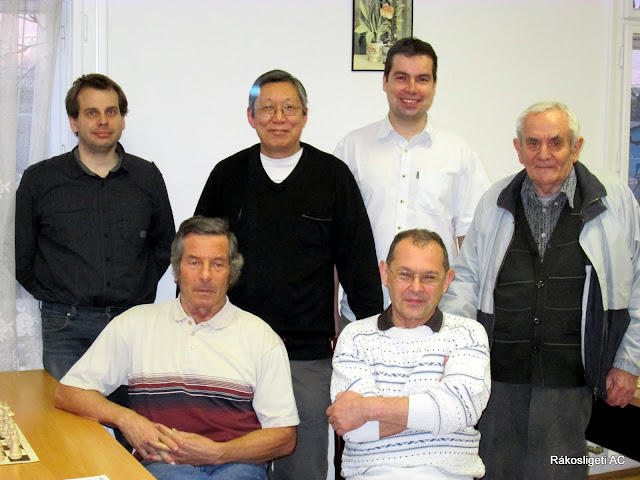 I lost on board 5 with black with the last game to finish in a long hard game but I was never really in it. I got a usual passive position that was much worse than I thought in the opening.

After 40.Qa7(diagram) I just could not hold the position. I should have played 40..Qe8! threatening ..Qe3+ and white cannot take the knight. However white can just retreat the queen and black continues to suffer.

I played the more normal 40..Qf7 saving the knight but dropping the b-pawn and there was no amount of wriggling around that could save the game. Both players were down to their last minute(Time control was 90-90) when I made the last blunder and had to resign. 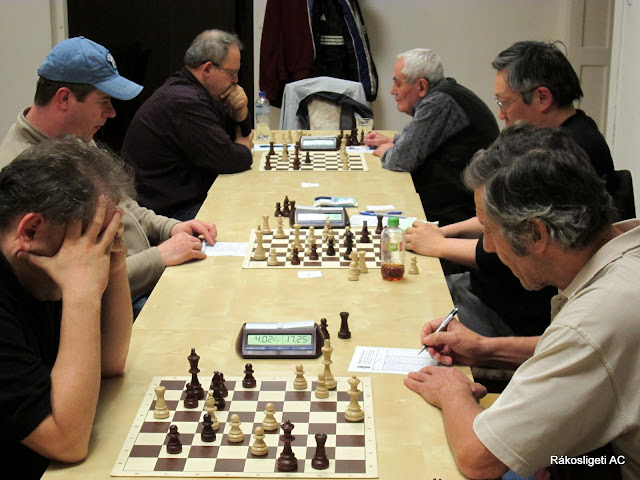 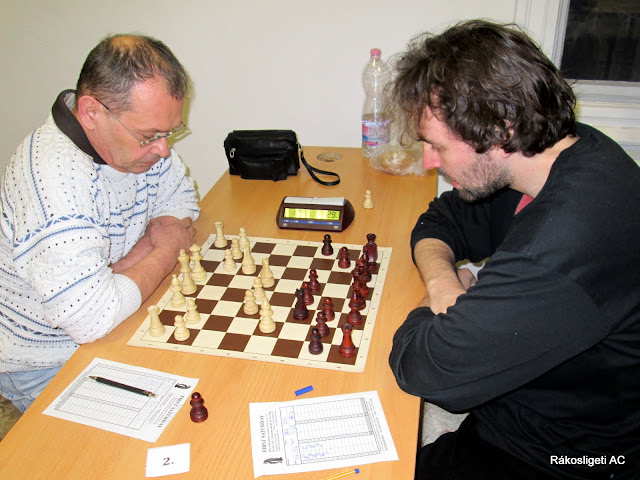 Varga(left) on the way to victory 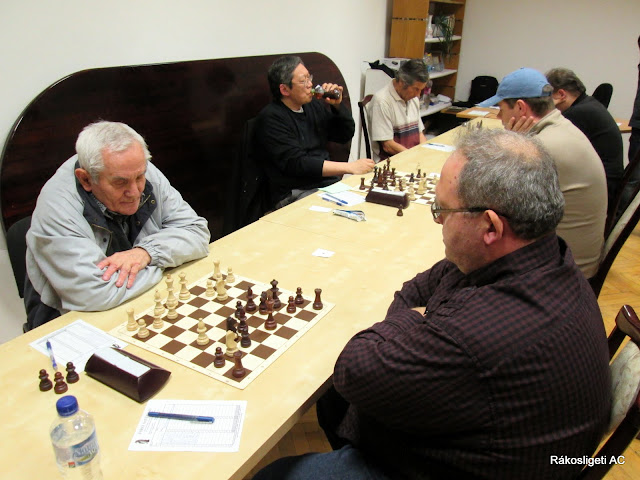 Strenner,Jeno(left) had a winning position but lost 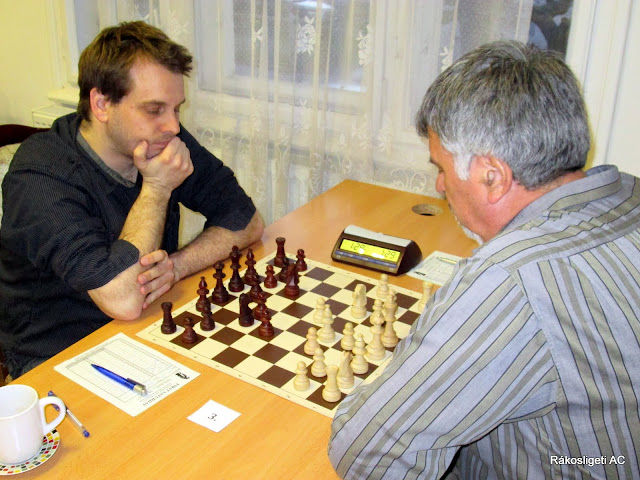 Nadasi(left) did some Sicilian magic for the draw 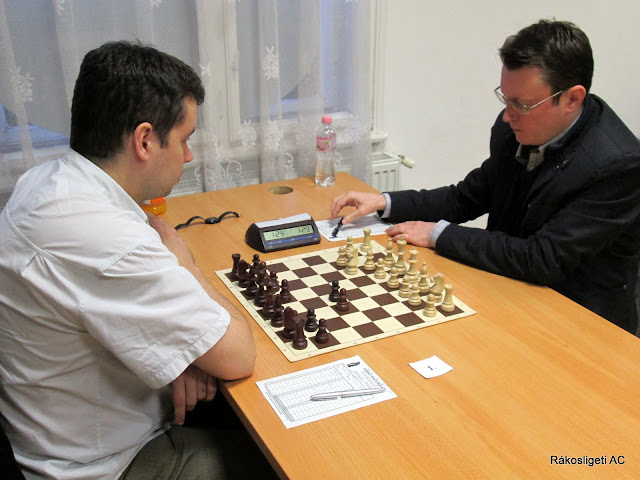 Czismadia,Laszlo(left) got a professional draw on board 1

Posted on March 25, 2014, in Uncategorized. Bookmark the permalink. 2 Comments.