Vintage Portisch on the Closed Sicilian

Here is an instructive game from the Larsen-Portisch Candiates Match 1977  in the Closed Sicilian.

‘Jørgen Bent Larsen (4 March 1935 – 9 September 2010) was a Danish chess Grandmaster and author. Larsen was known for his imaginative and unorthodox style of play and he was the first western player to pose a serious challenge to the Soviet Union’s dominance of chess.[1] He is considered to be the strongest chess player born in Denmark and the strongest from Scandinavia until the emergence of Magnus Carlsen.

Larsen was a six time Danish Champion and a candidate for the World Chess Championship on four occasions, reaching the semi final three times. He had multiple wins over all seven World Champions who held the title from 1948 to 1985: Mikhail Botvinnik, Vasily Smyslov, Mikhail Tal, Tigran Petrosian, Boris Spassky, Bobby Fischer, and Anatoly Karpov.,[2] but lifetime minus scores against them. On a percentage basis, his best score against a World Champion was with Max Euwe. Larsen and Euwe met over the board only once, at the Munich Olympiad in 1958; the game ended in a draw.[3] From the early 1970s, he divided his year between Las Palmas and Buenos Aires,[1] with his Argentinian-born wife. He suffered from diabetes and died in 2010.-Wikipedia 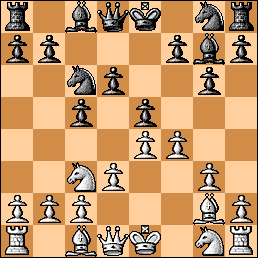 Critical Position 1
The early middlegame has been reached and black must form a cohesive plan. White has just played 19.cd. How do you play? 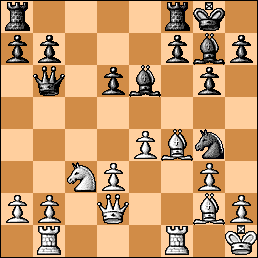 Critical Position 2
The game is deep into the middlegame. Black is well established on e5 and has the bishop pair. White has just played  34.Ne2. What should black play next? Undermine d5 with ..f5? Improve the kingside first with ..Kg7? Or is there something else? 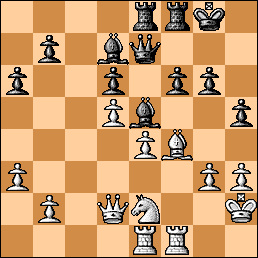 Critical Position 3
The ending has been reached. Black has been pressing hard but now must do something about the Rxg5 threat. White has just played 41.Nxd2. How do you play? 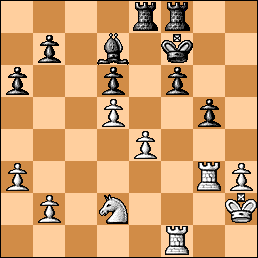 Here is an interesting game From the Austrian TCh

Black chose 19…Qe6 and transfered play to the queenside and the light squares to exploit the poor position of Nh3.