Here is an instructive game played by veteran GM Ribli from the recent Slovenian TCh.

The game features a R-R ending where Ribli(white) eventually converted an extra pawn. However, an examination of the game shows many instructive points.

Black did not simply roll over and lose and white did not wave his magic grandmaster wand and cast a rook ending spell over the board. Black had to make a series of tough defensive decisions and was eventually not able to make enough correct decisions.

White too did not not play a perfect game but, in the end any inaccuracies did not affect the result of the game. 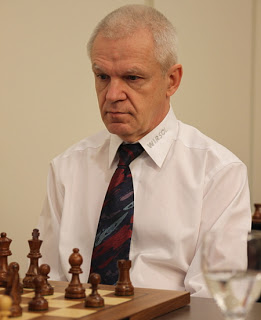 Position 1
Black is in check. How should black respond?
-40…Kxc5 winning a pawn but allows 41.Rd7 with havoc on the 7th rank
-40…Kc7 keeping the 7th rank under control.

40.Rd6+
Position 2
The R-R ending is in the technical phase and white has the task of converting the P+. How should white proceed?
White to Play

46…Ra5
Position 3
There are passed pawns on both sides so the race is on. What do you recommend for white?
White to Play