White obtained a Zukertort formation but without having to play a3 and proceeded in typical fashion.

Position 1
White has arranged his pieces aggressively. How should white continue now?

Here is an attacking game by IM Richard Wang from Rd6 of the Canadian Jr Ch.

Position 1
The roles are clear in the middlegame reached. White is attacking and black is defending. How should white continue?

Position 2
White has broken through on the kingside. How should white continue the attack?

Zukertort System at the Canadian Open 2012

Here is a nice game by Len Molden(CAN) featuring the Zukertort System. This game has appeared previously in the Budapest Chess News E-zine and was played in the recent Canadian Open Ch.

Here us an instructive game from the London Classic Open between GM Hebden and Hungarian junior Szabo,Bence.

Position 1
The middlegame is underway and jockeying for position has begun. Black has just played 15..Be4 and aims for piece control of the central squares.
Q1 How do you assess the position?
Q2 How should white react?

Critical Position 2
The technical N-B P+ conversion phase has arrived. How should white continue? This is a matter of understanding vs calculation.

Here is an important game from Hungarian Team Ch 2012-13. The opening is the Zukertort System, one of the pet lines of Canadian Champion GM Bator Sambuev. 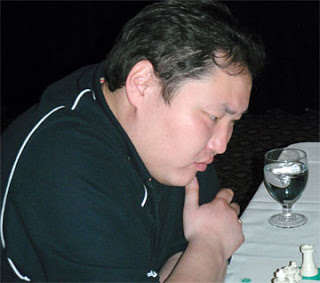 White has the simple plan of f4 and then the kinside attack begins with Qf3-h3 for example. So how should black defend? The Balogh game shows a nice defensive method and the key ideas.

Critical Position 1
Black has initiated a nice defensive method against the Zukertort with ..Ne7 intending …Ng6. What should black play now though?

Critical Position 2
Black has played 13..Nxc5 challenging the key Bd3 attacking piece. But there is a catch-White has 14.Bxh7+. What do you make of the sacrifice? Is it sound or just a big bluff? The evaluation here is critical to black’s defensive method.

Critical Position 3
White is really going after the king. Evaluate 20.g4. Does it work or not?