Here is a game from the Hungarian Ch between the established player Berkes,F(2693) and fast-rising star Erdos,V(2640) . 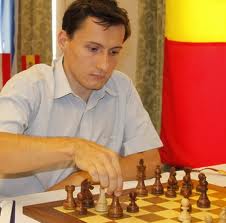 Grunfeld g3[D78]
62nd ch-HUN 2012 Heviz HUN (1.2), 22.11.2012
The opening seemed harmless with the queen coming off early in the game. The game features a fabulous RR-RR;R-R ending showcasing the method of converting an extra pawn.

Critical Position
White has an extra pawn but black has active rooks as compensation. How should white proceed?

Critical Position
Now the R-R phase is well underway. The e-pawn is under attack. How should white react?
-A passive rook retreat Rc4. Follow with bringing the king to the kingside to support a kingside pawn advance.
-Re5 and offer a winning pawn ending
-e5 crippling the kingside pawns
-Activate the rook with Ra5
-Something else