Black plays a line recommended by Vitiugov in The French Defence Reloaded(Chess Stars 2012).

Position 1
White has recaptured with 19.Rxb3 and now attacks Qb6. What do you suggest for black?

Posted in French Defence, Ibragimov I

Here is a recent attacking effort from the Pan-Ams in Brazil played in January 2013.

Position 1
White is up a clear pawn and is pressing on both wings. What do you recommend for white now?

Here is a recent effort by Smirin in the French Winawer played in early January 2013 in the Rilton Cup.

Position 1
White obtained Q+P for RR and now has a strong opposite color bishop attack. How should white continue?

Here is a recent(TWIC 952) game from the Hungarian Team Ch.

Black won the bishop pair for a rook and decided the game in a sharp ending.

Position 1
The bishop pair should dominate the lone rook in the ending. How should black continue? 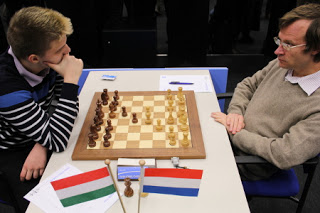 Position 1
Black would like to attack white on the queenside. What do you suggest?

Here is the critical Rd5 game of GM Sambuev which he won in strong positional style.

Position 1
Black has won a pawn but how to convert it? What do you suggest for black?

16…a4
Position 2
White’s pieces are awkwardly placed. How should black continue?
Black to Play

Here is an instructive queenless game that turns into a RN-RB ending from the endgame Maestro-Sweedish GM Ulf Andersson. 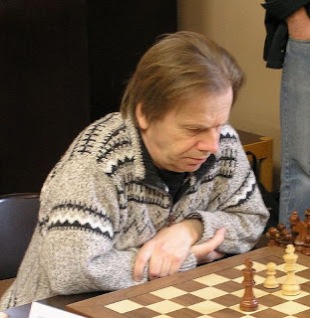 At his peak, Andersson reached number four on the FIDE Elo rating list. Tournaments he has won include

He drew a six-game match against former world champion Mikhail Tal in 1983, and played top board in the second USSR versus The Rest of The World Match in 1984. He led the Swedish Olympiad Team during the 1970s and 1980s.

Andersson is a very solid positional player. He draws a high percentage of his games against fellow grandmasters. He is renowned as a great player of endgames, especially rook endgames, and is famous for winning seemingly “unwinnable” endgames, often in very long games.’ Supreme-Chess

Critical Position 1
Both sides have majorities and will advance them to create a passed pawn which will then(hopefully) go onto promotion. Play will be on both wings as a strategic race is now on. Black has a useful minor piece for this type of play as the bishop can play on both wings simultaneously.

Black also has a temporary advantage in the form of a slight lead in development which takes the form of the active Rc8. How does black execute his plan as quickly and efficiently as possible?

Critcial Position 2
Black has sucessfully infiltrated on the kingside and taken the 2nd rank. Everything is going well for black and the win is in sight. But white has ideas too and has just attack the rook with 38.Ne3. What should black do?

Here is a win by Ashley Tapp. 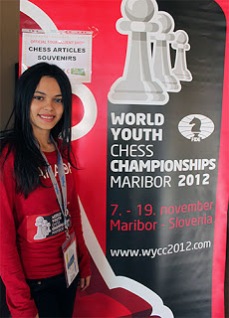 It’s very tempting to brush aside wins but every game needs to be nitpicked over to meticulously weed out weaknesses that can be exploited by future opponents. Promising junior Ashley Tapp won this game but her future opponents(or coaches) will no doubt be on their computers finding ways to crank up their level. The same work must be done by Ashley to prepare for her next trip to the WYCC.

Critical Position
White has offered the d pawn as a gambit which black declined in the game. Now the question is, in hindsight, if the same position arose again what should black do?