Here is a tough battle with Preotu,Razvan (2086) played in round 2. 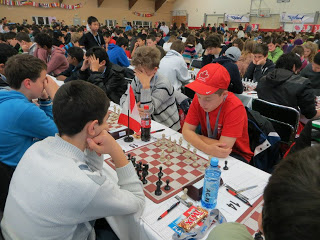 Sanal,Vahap (2397) – Preotu,Razvan (2086)
Sicilian Accerated Dragon 8…a5[B35]
WYCC U14 Maribor (2.2), 09.11.2012
Black played a topical sharp line of the Accelerated Dragon but eventually white had lasting pressure from the bishop pair and dark square control. Eventually white built up a winning position in a sharp RRB-RRB ending with opposite color bishops. Just as the win seemed like a formality white faltered and allowed black to come back into an even R-B ending. The tradegy struck and black allowed a transition into a winning(for white) K+P ending. A tough and exiting battle.

Critical Position 1
The position is sharp. How should the queenless attack proceed? 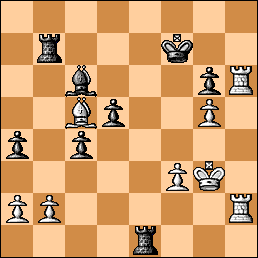 Critical Position 2
Black has defended this part of the ending well. What is the right way to exploit the passed pawn duo?