Heyl Thomas won from a London System by putting his queenside majority to good use.

Letay Gyula won with a nice ..Nxg3 sacrifice from a much better position. 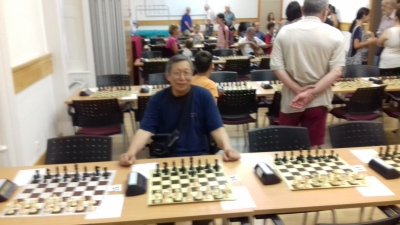 I tried something new in the opening.

White won a pawn after some tedious maneuvering around. The rest was a technical task.

Posted on August 19, 2017, in Uncategorized. Bookmark the permalink. Leave a comment.