I lost another team game. There was no team choci this round but my form has been a bit off this weekend. At least the Patriots won.

We won but not because of my play. Thanks Tamas for the results.

My opponent repeated the same opening and I complied with the same defence but the result was much different from the previous season.

I was optimistic here and played for the attack.

What do you recommend for Black?

Inside the Hort Club 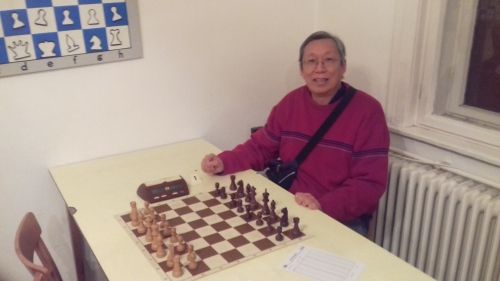 Posted on November 13, 2017, in Uncategorized. Bookmark the permalink. 1 Comment.