I lost a tough game in a Caro-Kann

GM Ranking crosstable after Round 2

Business as usual for GM Aczel

IM Ranking crosstable after Round 2

After reviewing the game, it seems I was not as clever as I had thought, during the game

White do you recommend for White? 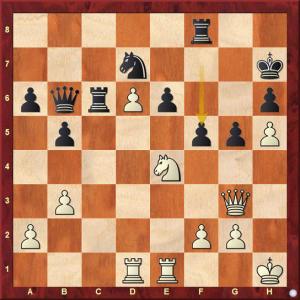 Posted on August 22, 2020, in Uncategorized. Bookmark the permalink. Leave a comment.