The first game of he season had the usual little dramas. The round was supposed to start at 1800 but at 1730 the room temperature was 14C which was quite a bit lower than the required minimum 17C.

Would the room heat up in time?

The opposing team got lost and was as not present at the start of the round and had to be rescued.

On top of that, our board one player FM Mihok,Laszlo had car problems and was late also.

All this was before the first move was played. But around 1830, 6 players from each team started the match.

I won my game quite quickly.

For the first few years playing in the Monday league, my opponent beat me game after game until I finally made a draw last season.

This game he again greeted me with a big smile,…but this time there was a different result.

White played rather carelessly on the White side of Scotch and then followed up over-ambitiously to leave his king fatally exposed.

Yes the king really is on a3. Black must find a good plan now. 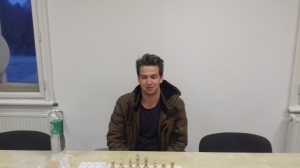 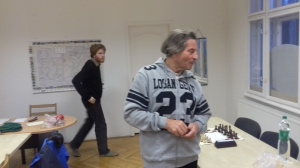 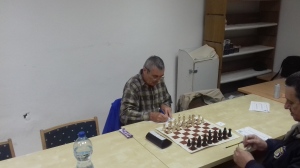 Board one for Hort 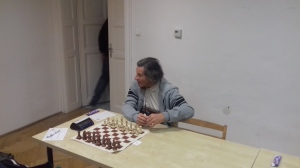 Posted on October 10, 2016, in Uncategorized. Bookmark the permalink. Leave a comment.